Fun couples make for fun engagement sessions! It was such a blast to meet Kedryn and Jordan and take their engagement photos in Chicago. With such vibrant personalities, these two know how to have a good time. Their constant smiles and laughter made for incredible personal and candid photos!

Kedryn and Jordan met while playing intramural ultimate frisbee at North Central College in Naperville, IL. Although, Kedryn admits to having her eye on Jordan well before their first meeting. She hilariously says that she had been stalking Jordan around campus for most of the year leading up to their meeting, as she had seen him multiple times and wanted to talk to him. Talk about a girl going after what she wants – I love it!

When they finally met (officially), the two hit it off instantly. Although neither know at what point they thought it was meant to be, both say it was something they just came to know over time. Jordan says that the first thing that drew him to Kedryn was her ability to take his sarcasm and give it right back to him. Now, they say their sarcasm level together is about an 8.75 out of 10 – it’s part of what makes them so fun! The easy playfulness they have with each other is an aspect of their relationship that was so easy to see during their Chicago engagement session! Throughout the day, their playfulness and pure joy of being together added such a warm glow to their photos.

It is clear that these lovebirds are best friends, and its so sweet that they slipped so easily into their journey.

This fun-loving couple have been together for six years now, but they were long distance for three of those years. Through it all, though, they do a great job of supporting each other. With the distance, they have come to really appreciate the time they have together. It also helped them learn how to communicate with each other. They are great at being flexible with their time – sometimes they go out and adventure, while other times they relax on the couch watching Netflix. It is no surprise that Kedryn and Jordan also like being outdoors…after all, they met playing frisbee! Going to the beach, hiking, and riding bikes are some of their usual activities, although they won’t say no to trying out new vineyards and breweries.

One of the coolest things about this powerful relationship is how much they love to travel together. I believe traveling together really does bring closer, and it rings true with these sweethearts! Since they started dating, Kedryn and Jordan have been to Canada, Scotland, Ireland, London, and Thailand. They are even planning a trip to Italy and Greece for their honeymoon. Talk about a serious travel bug that bit them both! It’s awesome.

The beloved windy city is a special place for these two because it is where Jordan proposed. He popped the question at Milton Lee Olive Park overlooking the city, so obviously we had to capture some photos of them there! Because this place is so important to them, we wanted to make sure to capture the essence of their love story during their Chicago engagement shoot. We walked along the lakefront and captured their cute and sweet moments, while the skyline stood tall behind them. As Blackhawks fans – after all, they are in Chicago – they also brought their hockey jerseys to showcase this fun part of their personalities! It is so much fun when couples bring a prop or wear something personal that helps tell the unique chapters in their love story.

Kedyrn and Jordan are tying the knot in June 2019. We look forward to seeing where the world takes you both! 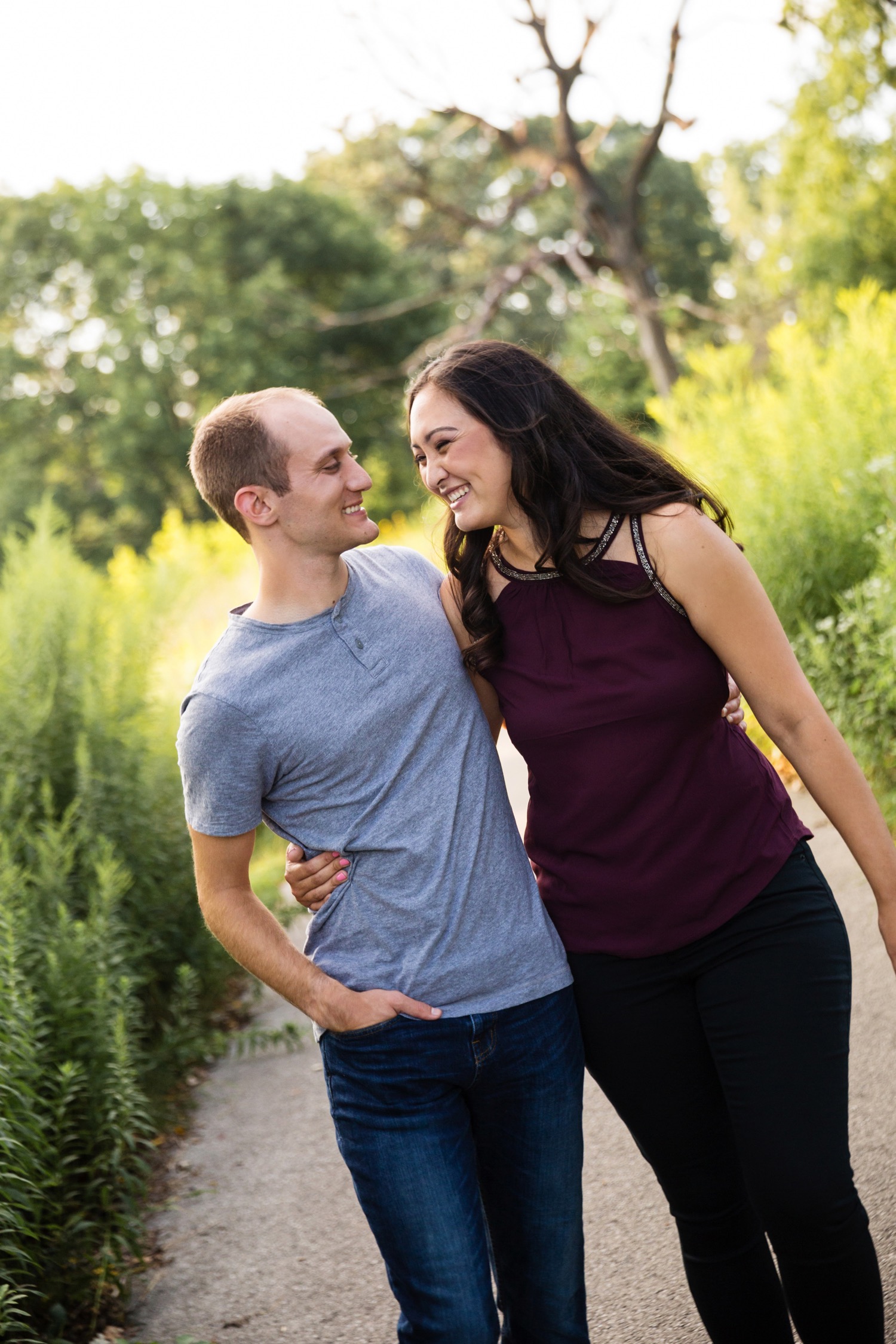 If you loved Kedryn and Jordan’s engagement post you will also adore Carly and Mick’s Cozy At-Home Engagement Session.