From high school sweethearts to “I do”! Teagan and Michael have been together over eight years and finally decided it was time to tie the knot. So, obviously, they had to do a fun engagement shoot to capture their cute moments, romantic glances, and all-around fun personalities! The couple chose to Indiana University campus, where they both went to college as the location for their engagement session. It was the perfect location to showcase their love story!

You already know that Teagan and Michael are high school sweethearts, but let’s fill you in on their story. The lovebirds met in the summer of 2009 before Michael’s senior year and Teagan’s junior year. They had mutual friends and went swimming at one of their houses. Teagan thought that Michael was a cute soccer player, and Michael immediately noticed Teagan’s pretty eyes. They hit it off and began dating in December of 2009, and have been together ever since. When you know, you just know!

Teagan and Michael both went to Indiana University, but had two years of long distance because of their age difference. Even through the long distance in college, they stayed together. The love between these two is unbreakable! It’s so incredible too see individuals who find love so early in life and are able to make it through life’s ups and downs with their person always by there side. No doubts or hesitations, just love and communication as a strong foundation. Throughout it all, these sweethearts are always there to love and support each other. Teagan and Michael are an inspiration and serious couple goals!

Now, Teagan and Michael enjoy spending time with their puppy Theo, who happens to have his own Instagram account with over 1,000 followers. According to Teagan, Theo is more popular than both of them! They also love spending time going to Cubs games (Michael is a season ticket holder), watching TV shows together throughout the week, and traveling.

As mentioned before, we took to Teagan and Michael’s alma mater for a sweet Indiana University engagement session. With so many college memories that helped move their love story along, we just had to get some photos here! The couple was all smiles and happiness, as they reminisced on the early days of their relationship and celebrated how far they’ve come. It was a beautiful session, and it was so great to see how special the day was to Teagan and Michael.

Next stop…their fall wedding! And after that? A honeymoon to Bora Bora. Ah, they are such a fun couple! Wishing Teagan and Michael a life full of laughter and travel. 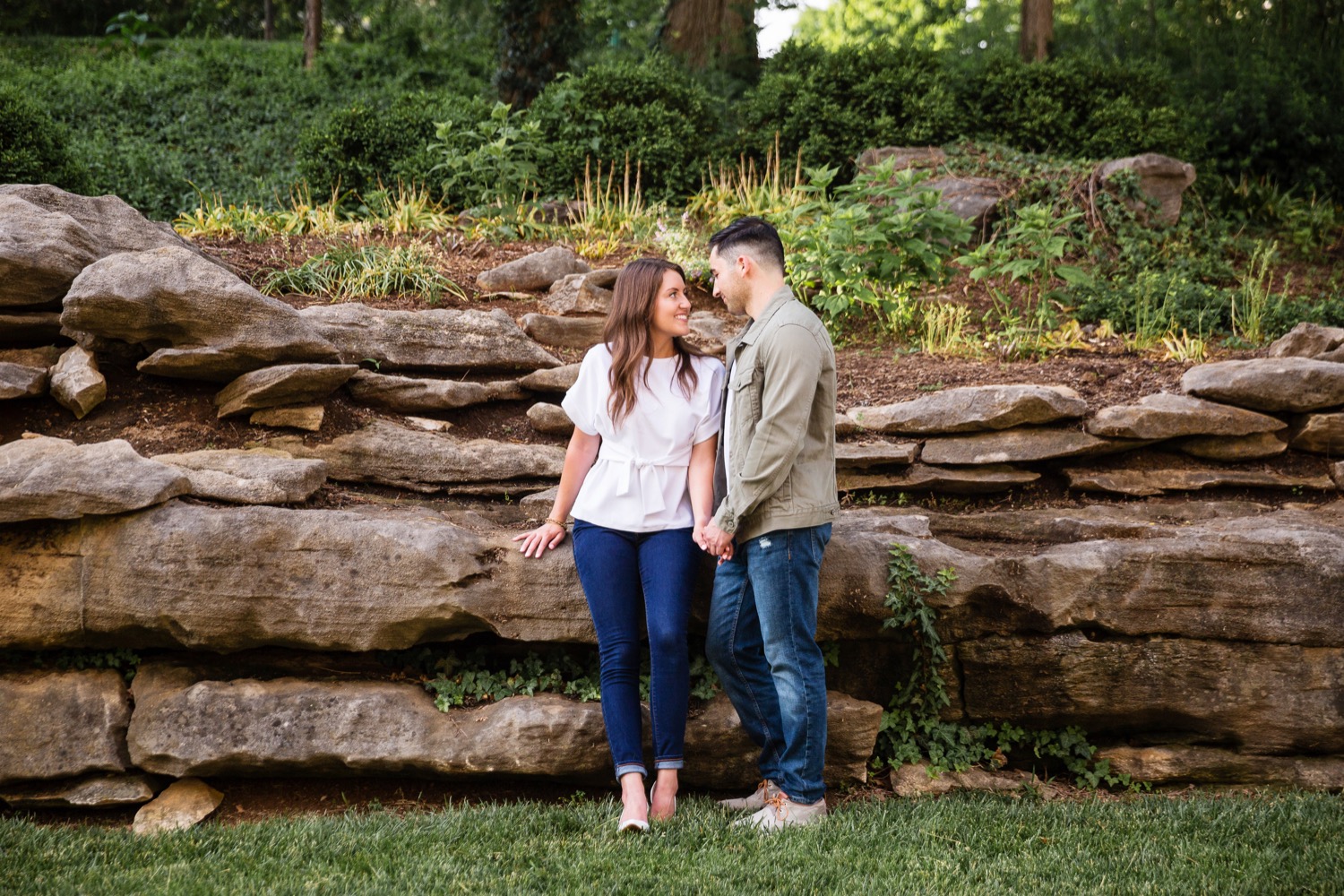 Check out the pictures of Teagan and Michael’s wedding day here.